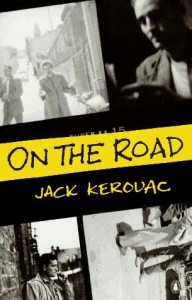 The inspiration for Katy Perry's firework

…..the only people for me are the mad ones, the ones who are mad to live, mad to talk, mad to be saved, desirous of everything at the same time, the ones who never yawn or say a commonplace thing, but burn, burn, burn like the fabulous yellow roman candles exploding like spiders across the stars and in the middle you see the blue centrelight pop and everybody goes ‘Awww!’

This was the inspiration for Katy Perry to write her latest hit “Firework” after her husband Russell Brand had encouraged her to read Jack Kerouac’s On The Road.

“It was a paragraph that he said I was like,” she says. “In the book he was talking about how he wanted to be around people who were buzzing, fizzing and making people go ‘Aww, like fireworks across the sky.’ I guess that’s my whole vibe. I want to make people go ‘Ahhh’ in so many different ways. I want to be a living firework.”

Barack Obama explains here how he was shocked and saddened at a growing number of young people who were bullied and taunted for being gay and ended up taking their own lives. It’s a powerful statement, the sentiments of which prompted Katy Perry to do what she did with her latest video. It is a strong, committed speech and it is a fitting introduction to this blogpost on 17th December, anti-bullying day.

I have spent the last three weeks working with the song “Firework” and the issues involved in it. Katy Perry has dedicated the video of the song to the “It gets Better” campaign which is against the bullying of lesbian, gay, bisexual and transgender young people.  This is Katy Perry talking about the Kerouac quote above as an inspiration for the writing of the song.

All of this is very rich teaching material especially due to the fact that Katy Perry has become so well known amongst young people the world over.  Popstars are role models, however much they may or may not be aware of it and it is important when somebody comes out so strongly on these issues.

In class I asked the students what LGBT meant and then asked when homosexuality was legalised in Hungary. Nobody knew, it was in 1962, five years before Britain.  I then asked what the seven countries in dark blue here had in common.

We established that Iceland, Belgium, the Netherlands, Spain, Portugal, Norway and Sweden were the 7 countries in Europe where same-sex marriages were possible before then going on to discuss where civil partnerships were allowed. I then asked which 3 countries outside Europe allow same sex marriage which are Canada, South Africa and Argentina.

We then moved on the actual project which brought young people from eight different countries to Budapest to record the song, Firework, up in the castle district in Buda and almost in my back garden. 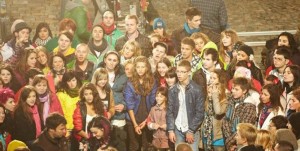 I showed the students what I put on facebook when I put up the song. As I was doing this I felt how important it is to teach processes, how things are created, cause and effect, what is behind a story or a song. It is a life skill which is transferable and valuable in all areas of life. 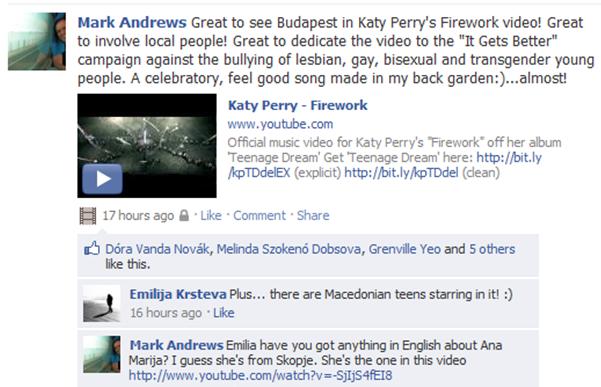 I hadn’t known the background to the project when I put up the song on facebook but when Emilija, who I’d met at the Macedonian ELTAM conference at the end of October, told me that Macedonian young people were involved I found out that there were actually young people from eight different countries who had been asked to send in a video of something special that they had done, an interesting thing in their lives or an example of their talent. It was on this basis that the 250 people were chosen to take part in the filming. About 38,000 applied. This video shows some of the stories of the people who travelled to Budapest. There were also Hungarians involved.

I then got in touch with the Macedonian girl, Ana Marija Radosavljevic, about her story, she had gone blind at the age of 5 and had to have an operation to restore her sight. She was very excited to meet Katy Perry and take part in the video. After a long exchange of emails I finally asked her in what way taking part in the making of the video had made her think more about sexual orientation. 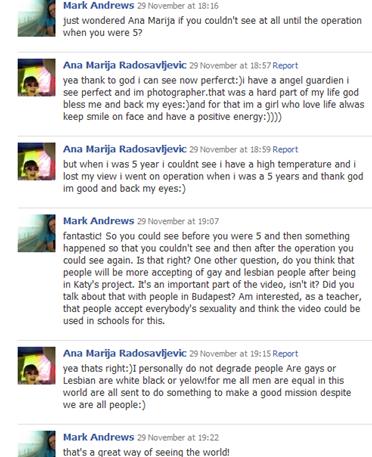 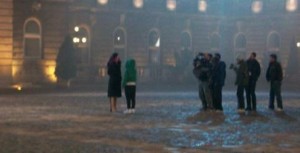 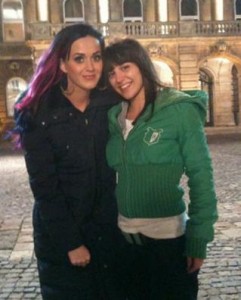 We then looked at the lyrics of the song and focussed in particular on these lines.

The next stage was discussing this cartoon before then reading about Judy Garland and how her death coincided with the Stonewall events in the USA. 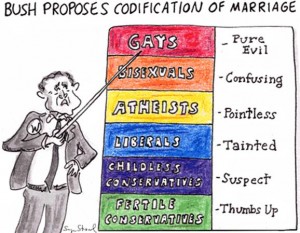 “Of particular note is Garland’s status as a gay icon. A connection is frequently drawn between the timing of Garland’s death and funeral on June 27, 1969, and the Stonewall riots, the flashpoint of the modern Gay Liberation movement,which started in the early hours of June 28. Coincidental or not, the proximity of Garland’s death to Stonewall has become a part of LGBT history.”  We also watched “Somewhere over the Rainbow” from the Wizard of Oz.

Finally we watched the video of the song itself and talked about the different story lines in the video including the girl who first does not want to jump into  the swimming pool and then finally does as well as the two guys kissing.  A number of students winced and laughed when they saw the two guys kissing and managing the ensuing discussion was  difficult but definitely worthwhile and hopefully memorable for those involved.

By the way, I work 2 minutes away from where Katy Perry is on the roof at the beginning of the video at Astoria in central Budapest at ELTE university.  The rest of the video is made up in the castle district, a great place to visit if you ever come to Budapest.

“You know, the more I watch this material, the more potential I can see in it. There is a girl, Fanni in this group and she is very problematic. However, even after this short bit she came up to me and we talked more.”

On anti-bullying day it’s good to share this material and I’d be interested if anyone tries anything out in how they get on with it. Good teaching is about getting texts to talk to each other in memorable ways and how you sequence tasks and relate them to the people you are teaching. John McRae encouraged me a lot in doing this sort of thing when we did a summer course together at Lake Balaton in 1996. I think  putting together Barack Obama, Katy Perry, Jack Kerouac, Ann Marija’s story, working with the song lyrics and the watching of the actual video itself is  incredibly rich from many points of view  and I  have been energised enormously by putting this together over the last few weeks.

Everyone has a spark inside them and as teachers we just need to identify it, encourage it and nurture it and everybody should be able to enjoy and celebrate their sexuality in whatever way they choose. It is also our responsibility to side with anybody who is bullied and also to get help for the bully. Both aspects need attending to.

You just gotta ignite the light

And let it shine

Just own the night

Cos baby you’re a firework

Come on show ’em what you’re worth 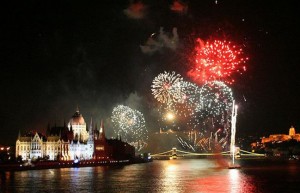 31 thoughts on “Baby You’re a Firework”