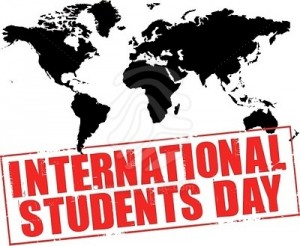 Today is November 17th and a day which never passes without me being reminded of its significance in Central European history both during the second world war and more recently 21 years ago  in Czechoslovakia. 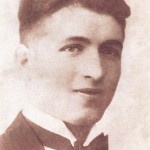 In one of the protests against the Nazi occupation in Prague on 28th October 1939, the anniversary of Czechoslovak  independence from Austria-Hungary after World War 1,  a medical student, Jan Opletal, was shot by police near the National Museum.

He was taken to hospital but died on November 11th.  His funeral, four days 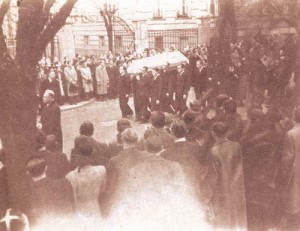 later, was attended by thousands of his fellow students and  became another huge protest against the Nazi regime.

As a result on November 17th 1939  the Hlevka student dormitory, where Opletal had lived, was raided. Some 1200 students were detained during the operation and sent to concentration camps and 9 more were executed. One of the professors who helped with Opletal’s funeral, Josef Matousek, was arrested by the Gestapo on November 17th and executed without trial and on that same day the universities in Bohemia and Moravia were closed down.

The international Union of Students

The logo and flag of the IUS is a burning torch and an open book set against the red and blue outline of a stylized globe,symbolizing young people’s striving to understand the world 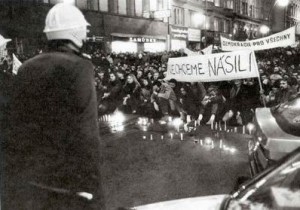 50 years later, on November 17th 1989, Jan Opletal’s death was commemorated in Prague at a cemetery and the violence that developed on that evening in the city centre became the focus and the trigger for what became known as “The Velvet Revolution”.  It was also the first year that I became aware of the fact that November 17th was International Students’ Day.

That night I was at a student language camp in Cikháj near Žďáru nad Sázavou in Moravia with students from Brno university,  but on returning to Olomouc immediately got involved with events. On the Sunday evening actors refused to play at the theatre and on the Monday the students occupied the Philosophical Faculty and held a huge meeting in the sports hall. I wore the Czechoslovak tricoleur,  handed over my office to the students, was accused of being an agent of Western Imperialism by the Dean of the Faculty and experienced a very tense three days when nobody quite knew how the authorities would respond. The time I felt most tense was during a candlelit march through the town on the Tuesday night.  It wasn’t until I travelled to Prague on the Thursday that I felt more confident that the police, the Czechoslovak army or the Soviet army would not intervene. 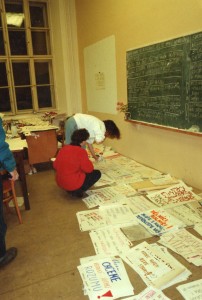 The students showed great courage in that period and over the next six weeks took part in a strike which brought out great qualities of co-operation, teamwork and creativity all of which led to the overthrowing of the government and, in my professional life as a teacher trainer, it also led to all of the ELT projects in Central and Eastern Europe which were launched in 1991 in Brno and managed by the British Council. For a decade thousands of teachers benefited from these projects in what must have been one of the most intensive periods of professional development in the history of English languge teaching, both inservice and preservice.

In the picture above you can see one of the classrooms I used to teach in at the university in Olomouc. During the revolution, although the students were on strike, the classrooms came alive.  They were used to draw and paint posters,to produce a student newspaper and to hold meetings about the strike. In fact, the students were actually more active and involved when they were on strike than they had been before! I found myself thinking that the task of teachers after the revolution is to try to harness the same kind of energy that was there in the making of the revolution for the purposes of  English language learning and English studies in general.  In those six weeks I learned a lot about what my role should be as a teacher afterwards and I believe that it has informed my teaching methodologies ever since.

I felt that I had gained an enormous amount from the revolution and afterwards asked a group of students what they themselves had gained from the whole experience of  taking part in the strike and this was one of the replies I got: 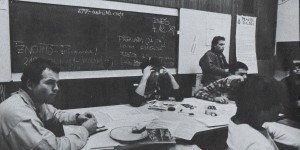 “It was all very dramatic for us: the work at school, typing, painting, drawing posters, going to villages and towns in the whole of Moravia and talking to people, taking part in demonstrations and meetings at the theatre, in the hostel and in the sports hall. Every day nearly the same.  But during the month I learned and got to understand a lot of things. 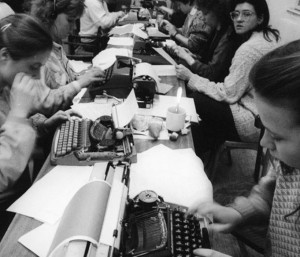 I understood the meaning of some phrases and words which had been empty for me until then. I think I have learned (a bit at least) to listen to people, to consider their opinions and mainly to tolerate other opinions. And generally we have learned how to discuss, thinking while speaking and hearing, not to be scared of voicing our own opinions. I am proud of being a student now.”

I  know that those were very special conditions back in 1989 but the skills which were developed during that strike amongst students are the same kinds of skills and values that I think are central to teaching and teacher development today.

During the strike I phoned up Billy Bragg, who I had interpreted for before in the German Democratic Republic in Leipzig in 1986, and asked him if he would like to come and do concerts in Czechoslovakia. We ended up organising  3 concerts in Prague, Olomouc and Bratislava (Bratislava was rained off and we ended up in a wine bar for the whole night)  to coincide with the first free elections in Czechoslovakia on June 8th 1990.  We met Billy’s manager in the February, Peter Jenner, in Prague to talk it all through and then in June Billy brought along his friends Michael Stipe from REM, Natalie Merchant of the 10,000 Maniacs and the Coal Porters.  I met them  on the GDR border in Bad Schandau with a bus which we got free from the university and accompanied them for the next four days. 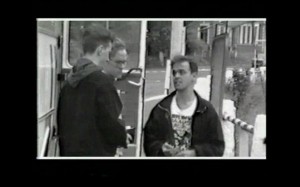 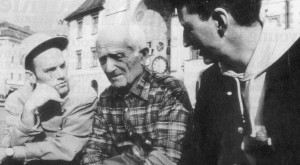 The whole event was organised in a generous and celebratory way, and the revolution was still very much in the air at that time.  It remains one of my lasting experiences in Central and Eastern Europe over the last 30 years.  Students today are still capable of having a big influence on what happens in society, as we saw in London last week, (for Billy Bragg’s take on that demonstration take a look here )and I am always encouraged when people choose to reflect on the world, engage in the events of the day and participate in shaping the future. As a teacher here in Budapest I try to get my students to think about these things too as I did today on the anniversary of their day. 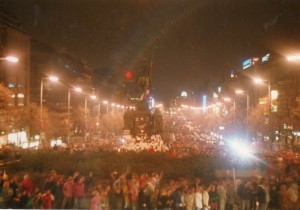 On the night of November 24th 1989, a photo I took in Prague in Wenceslas Square

Students of the world unite, you have nothing to shed but the fees that you’re increasingly asked to pay.

This has become known as “the student anthem” which I first heard in Olomouc in 1989 and which I’ve heard since in Hungary. It is often played at student graduation ceremonies in Central Europe.  Long live the universities, long live the teachers and long live the students!

Let us rejoice therefore
While we are young.
After a pleasant youth
After a troubling old age
The soil will have us.